Play: Essential but Overlooked? Understanding the Link Between Recess and Mental Health

Kids today are “more anxious, depressed and suicidal than ever before,” according to a 2018 newspaper column by Dr. Michael Hynes. Hynes, a school district superintendent in suburban New York, cited several sources before concluding that there is an “existential mental health crisis in K-12 education and beyond.” Although the reasons for this are not singular, Dr. Hynes noted, "I believe there is one noteworthy issue that has contributed to this mental health crisis like no other: Recess and play are on the endangered species list in our public schools."

Recess and free play are known stress relievers for kids. Indeed, a 2017 piece in The Huffington Post that focused on ways parents and caregivers can help children reduce stress listed play at the top of the list. “Play is a magic tonic for children,” stated writer Alyson Schaefer before noting that the best play is the unstructured kind, where children are free to invent games or scenarios that can help them relieve their worries and engage in creative activities. This is important because it is both how children learn and how they “learn to process their emotions.”

This is just the tip of the iceberg, though. According to Parenting Science founder Gwen Dewar, Ph.D., who has written extensively about the research-based benefits of play, play has been found to significantly impact children’s cognitive skills. More specifically, children who are allowed to engage in unstructured play may be able to reason better, sit still for longer, and develop coping mechanisms by testing out various imagined and real-life scenarios.

Similarly, pediatrician and adolescent specialist Ken Ginsburg produced a video that sums up his research on the many ways play acts as a buffer against stress. In the video, Ginsburg asserted that play is “essential to the cognitive, physical, and social-emotional development of children and youth.” He argued that play offers the chance to not only gain physical and emotional strength but to safely explore childhood fears, which can help kids gain insight into their own ability to handle tricky situations. Also, as Ginsburg and others have said, unscheduled play and down time helps children gain a sense of control over their own interests and their own actions. Being able to sit still or engage in imaginative time can help kids answer a central question: “Who am I?”

And this, as Hynes wrote in his column, helps keep depression and anxiety at bay. Hynes cited the work of Peter Gray, a Boston College professor who frequently publishes articles on the Psychology Today website, who has produced a wealth of research and opinion pieces that revolve around the idea that kids today do not have enough access to play and free time. According to Gray, this leads to “declines in mental health, empathy and creativity.” In one piece from 2010, Gray zeroed in on the loss of play and how this connects to the mental health of young people. Using recent research conducted by Jean Twenge and colleagues from San Diego State University, Gray noted that the documented rise in depression and anxiety among children, teens, and college students matches a societal shift toward “extrinsic vs. intrinsic goals.”

This means more students and kids today talk about their self-worth in externally measurable ways, such as their future income potential, rather than more internal markers, such as the value of “developing a meaningful philosophy of life.” Emotional health and wellbeing, Gray argued, comes from having the time and space to discover one’s own sense of purpose—something that children practice doing through play. He further connects this phenomenon to the school setting, where Gray believes there is an increased emphasis on testing, evaluation, and grades. This amounts to a “system that very clearly substitutes extrinsic rewards and goals for intrinsic ones,” which Gray feels is “almost designed to produce anxiety and depression.”

The good news is that recess and play have been making a comeback into some classrooms across the United States. This may be partially due to the fact that there is now more evidence to validate the idea that play is serious business for children—physically, emotionally, and academically. Dewar, who writes on the science of play, has provided research for how playtime can boost kids’ math, language, and problem-solving skills, and noted that “budding scientists” play with magnets and otherwise engage in investigations and experiments. More generally, time spent imagining and creating with friends or classmates is time spent learning how to innovate, collaborate, and assert one’s own ideas in a positive way. Further research demonstrates how play is an important way for young children to practice key pre-literacy skills, such as listening, speaking, and testing out both new and established ideas.

Still, despite the wealth of research that exists to support the idea that recess and play are must-haves for young people, many students lack adequate access to them. Recess is often withheld for behavior infractions, while play has been relegated to a luxury in numerous school districts as the pressure to help children “catch up” academically has increased. While teachers and administrators have much to juggle, including the need to make sure all students are succeeding, it may be more important than ever to make sure kids have time to play, dream, and bolster themselves against the rising rates of anxiety and depression.

WHAT DO YOU THINK?
Connect with us on Twitter, Facebook, and LinkedIn and let us know your thoughts and experiences on this topic. 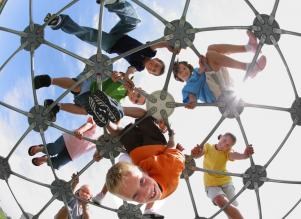 A lifelong ladder: The power of effective literacy instruction

One overarching lesson is the importance of education continuity, regardless of the learning environment.

Breakthrough Moments: You Can’t Teach What You Don’t Know