Got Literacy? If Not, Then Turn to Science for Help

In 2014, The New York Times provided space for an intriguing debate when researchers, administrators, and educators were asked to share their thoughts on a fundamental yet controversial topic: reading instruction. The precise question asked was whether “schools should use the student-centered balanced literacy program to teach reading or require closer instruction by teachers.” Among the researchers, academics, and school-based staff who weighed in was Lucy Calkins, a well-known literacy scholar from Teachers College of Columbia University.

In her response to the debate question, Calkins quickly defended the very idea of using balanced literacy, which she described as a “robust approach to instruction” both in New York City—where she is based—and “throughout the world.” Although she has built her career around advocating for a balanced literacy framework, Calkins also sought to downplay the legitimacy of the debate in the first place. There simply isn’t one perfect way to help students learn to read and write well, she insisted, and went on to note that the one common denominator in all successful literacy instruction programs is a school-wide commitment to “continuous improvement.”

That said, there is one way to help students learn to read and write well that is backed up by science: phonics instruction, which focuses on “teaching children the sounds letters make,” according to a 2018 report published by the Association for Psychological Science. This method, which ideally starts in early childhood, stands in contrast to the language approach that presumes students will learn to read naturally through exposure to reading and writing tasks. In her 2014 opinion piece, Calkins walked a line between these two techniques by promoting balanced literacy—a reading instruction framework that, as defined by Calkins, assumes there is no one right way to teach children how to read. However, many of today's researchers dispute that assertion by pointing to the emerging and existing science behind literacy instruction.

Much of this research was captured in a provocative 2018 documentary from American Public Media called “Hard Words: Why Aren’t Kids Being Taught to Read?”. In the documentary, reporter Emily Hanford made this eye-opening statement: “Scientific research has shown how children learn to read and how they should be taught. But many educators don't know the science and, in some cases, actively resist it. As a result, millions of kids are being set up to fail.” The documentary begins by focusing on a school district where administrators and teachers were wrestling with chronically low literacy rates. Only 56 percent of all third-grade students in the Bethlehem, Pennsylvania, district profiled by Hanford were reading at a proficient level on state tests.

Third grade, of course, is widely considered to be a key turning point for students. If third-graders finish the year without solid foundational literacy skills in place, they are much more likely to struggle to catch up throughout the rest of their K–12 experience, as well as to drop out of high school and never make it to college, according to data from the Annie E. Casey Foundation. The foundation also noted that students at the highest risk of having poor reading skills are those born into poverty, as living in poverty is a documented risk factor for being a struggling reader due to the impact of adverse childhood experiences (known commonly as ACEs). It would seem, then, that the stakes are particularly high when it comes to ensuring all students—and particularly those living in poverty—are on track to read proficiently by the end of third grade.

However, Hanford pointed out that many of Bethlehem's wealthier students are also not skilled or even adequate readers, so the impact of poverty cannot be the sole explanation. She ultimately uncovered what appears to be the true common denominator: poor or insufficient reading instruction that is not rooted in science. Although many students are being taught to read through a more hands-off, whole-language approach, Hanford noted that, “Decades of research has revealed that reading doesn't come naturally. The human brain isn't wired to read. Kids must be explicitly taught how to connect sounds with letters—phonics.”

According to Hanford, many teachers simply don’t understand this, as they were never taught how to teach reading; meanwhile, other educators who do know the research “actively resist it.” While this allegation is not deeply explored in the documentary, Hanford did interview researchers, teachers, and administrators who spoke of not grasping or being asked to utilize evidence-based insight into how students learn to read, some of whom described building classroom instruction around the presence of books and literature with the idea that reading happens largely through osmosis. This fits with the research conducted by a trio of experts based in England whose work was published in the aforementioned Association for Psychological Science journal.

More specifically, researchers Anne Castles, Kathleen Rastle, and Kate Nation found that although literacy has been identified by many as an “essential skill that all children should learn, existing policies and practices often fail to incorporate the most effective strategies for learning and teaching reading.” What follows, according to the trio, is that “low literacy remains a pressing issue in developed and developing nations around the world.” This assertion is backed up by recent studies that indicate inadequate literacy skills among children, adolescents, and adults in the United States are indeed a cause for concern. If, as researchers state, there is more information than ever about how students can be taught to read well, then it makes sense to question not only Calkins' emphasis on a balanced language approach (i.e., one that does not highlight the use of phonics and explicit decoding instruction) but also the entire premise of the 2014 debate featured in the Times.

WHAT DO YOU THINK?
Connect with us on Twitter, Facebook, and LinkedIn and let us know your thoughts and experiences on this topic. 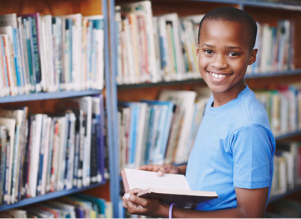 What is the Science of Reading? How the Human Brain Learns to Read

What is the science of reading? More than just phonics, this body of research covers the different skills that make up reading, how the human brain learns to read, and the most effective way to teach reading. Read on to learn more.

Supporting struggling readers is top of mind for elementary grade teachers. Read how literacy experts Kimberly Stockton and Alexis Treat responded to their most-urgent questions with advice about boosting learning recovery for all students.

The Science of Reading vs. Balanced Literacy: The History of the Reading Wars

For decades, educators and policymakers have debated the best way to teach students how to read, from phonics to whole language, from balanced literacy to the science of reading. Check out this blog to learn how literacy education evolved to what it is today.