Beyond the Reading Wars: Embracing the Science of Learning

The so-called reading wars flared up again recently when reporter Emily Hanford released a radio documentary series about reading instruction through American Public Media. In a 2018 “Hard Words” episode, Hanford dived directly into the conflict at the heart of the reading instruction wars: Is it best to use phonics-based instruction in which students are explicitly taught how to decode words, or should students be immersed in a whole language approach that assumes they will learn to read primarily through exposure to books? The answer to this long-simmering question is made clear in Hanford’s report, thanks to continuing developments in the field of science in general and cognitive science in particular.

“Scientific research,” Hanford’s report declared, “has shown how children learn to read and how they should be taught. But many educators don't know the science and, in some cases, actively resist it. As a result, millions of kids are being set up to fail.” To address any lingering doubts about whether an explicit, phonics-based approach is the best way to help the largest numbers of students become confident readers, Hanford wrote that much of today’s reading instruction is inadequate precisely because it operates on the “basic assumption” that “learning to read is a natural process, much like learning to talk.” Science, however, reveals that people are not actually “born to read.”

This assertion is supported by a 2018 interview conducted by Claudio Sanchez, an education reporter for National Public Radio who interviewed cognitive scientist and University of Wisconsin professor Mark Seidenberg about his new book, Language at the Speed of Sight, which echoed Hanford’s argument by highlighting the importance of allowing science to guide reading instruction. According to Seidenberg, making sure students know the connection between letters, words, and sounds is key—and although this idea is supported by all kinds of behavioral research and brain science, the author went on to lament the fact that many teachers are not aware of it. Moreover, he noted, teachers are often “told it's not really relevant, that the science is sterile and has no connection with what teachers do in the classroom.”

As far as the reading wars are concerned, Seidenberg said it isn’t really accurate to declare that phonics and whole language approaches are mutually exclusive; Sanchez summed up Seidenberg’s point by saying that students need both explicit phonics instruction and access to high-quality, engaging books. Still, Seidenberg and Hanford both insisted that teachers simply are not being given enough guidance in how students actually learn to read, meaning they are often left to figure it out alone once they are in the classroom. Neither blames teachers for this deficit—rather, they point to antiquated and often competing ideas about how children learn to read (see: reading wars) as well as about teaching as an occupation best left to its own devices.

Meanwhile, millions of students are being left behind, according to Carolyn Brown and Jerry Zimmerman. In an opinion piece published by the Hechinger Report, Brown and Zimmerman, who run a reading skills support organization called Foundations in Learning, asserted that “Reading failure affects more than half of U.S. students, contributing to a persistent achievement gap.” According to the duo, the solution is to use the science of learning to attack reading deficits, which goes beyond arguing over whether phonics or whole language—or perhaps some sort of “balanced literacy” middle road—is the best method. Instead, Brown and Zimmerman put forth the idea that solid phonics knowledge is an important jumping-off point for further reading instruction.

In other words, students do need phonics knowledge, but they also need to gain the kind of “automaticity” necessary for fluency and reading comprehension. Essentially, this means teachers need to ensure that students have a strong foundation in phonics as well as a growing list of words they recognize automatically; according to Brown and Zimmerman, this will ensure students have a “flexible” skill set that isn’t only applicable to one task, such as decoding words. To bolster their point, they referenced a 2014 book about the science of learning: Make it Stick: The Science of Successful Learning. Written by Peter Brown, Henry Roediger, and Mark McDaniel, the book offers advice for teachers on “how to translate notable findings in cognitive science into best practices for instruction”—which, according to Brown and Zimmerman, will help teachers bring more solidly researched methods into the classroom.

Brown and Zimmerman close out their Hechinger Report piece with a list of things teachers can do to bring a more scientific approach to reading instruction, such as starting with a “high-quality baseline assessment” before launching any reading lessons and measuring not only what students know but whether they can “flexibly use their knowledge.” Moreover, Johns Hopkins University provides a list of resources for teachers who would like to apply the “science of learning” to their work. For Brown and Zimmerman, this movement represents an important advancement beyond the reading wars, which tend to sink productive conversations about how to actually make sure more students are becoming confident, proficient readers. 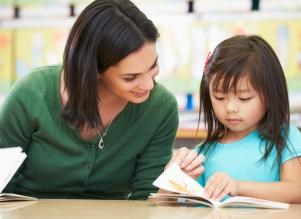