Asset Model: A Fresh Approach to Working with Low-Income Students

Fifty-one percent of all public-school students in the United States qualify for free and reduced lunch, according to federal income guidelines. This eye-popping statistic was highlighted in a report by the Atlanta-based Southern Education Foundation, which pulled together data from the National Center for Education Statistics and mapped it out to show that, on average, slightly more than half of all students in the nation’s public schools now live in low-income households. This revelation led to a slew of media coverage, ranging from a pointed look at how race and economic status are intertwined to musings about how best to educate students who live in poverty.

Many of the concerns that came to light were focused on the problems and challenges that go along with educating students from marginalized backgrounds. “More students living in poverty strain the education system,” noted a PBS NewsHour report in 2015, which went on to highlight the point that students living in poverty often have a higher level of need than their wealthier peers. According to the report, teachers who work in high-poverty schools frequently spend class time ensuring that their students' basic needs (food, comfort, cleanliness, etc.) are being met.

However, information on how to view students living in poverty through an “asset-based” lens is often missing from news reports. Here’s how education professor Jackie Gerstein described the situation: “Too often marginalized populations (e.g. some populations of people of color; students from lower economic communities) are approached with a deficit model.” In education, the deficit model “sees kids as lacking in some way, defective, needing to be fixed,” among other things. Gerstein explained that, in contrast, the asset model starts with the idea that students from marginalized groups have “unique strengths, passions and interests,” and typically have “much to offer” both individually and collectively—especially when it comes to teaching others about their communities.

In an example of the asset-based model in action, the University of Memphis has described its approach to positive community engagement as one that is focused on possibilities and potential, rather than only needs and barriers. On the school’s website, a side-by-side chart compares asset-based engagement to a deficit model. This chart is bolstered by a scenario in which teachers and administrators from an elementary school had requested a nature trail be created on school grounds for the benefit of students but were told there was no money to do so. Instead of accepting defeat, the school leaders are challenged to think beyond a “negative mindset” and push forward with plans to make the nature trail happen using the school's existing resources. As the University of Memphis phrased it, this approach is all about “fostering hope” rather than accepting limitations.

Asset-based approaches to working with students from low-income backgrounds focus on a similar, substantial question: If the prevailing deficit mindset with which these students are viewed is changed, will their achievement levels rise? Byron P. White, vice president of university engagement and chief diversity officer at Cleveland State University, addressed this topic in a 2016 article for Inside Higher Ed titled “Beyond a Deficit View.” In the piece, White—who characterized himself as fitting the “at-risk” student description because he was “minority, low-income,” and the first in his family headed to college—bristled at the common practice of applying negative labels to students.

Rather than bracing for failure from students with challenging backgrounds, White advocated for the use of an asset model that acknowledges the “very real problems” faced by marginalized communities but also recognizes that such communities are “equally filled with talented residents and community assets, formal and informal, that are largely ignored.” With this in mind, White argued that schools and colleges should shift from giving students a message of “you need us” to telling them they “bring great value to the institution.” To support his point, White referenced research that found students living in poverty often possess a sophisticated 21st-century skill set, including the ability to collaborate well and thrive in a “highly competitive, fast-paced society.”

Of course, the teacher is the one tasked with actually putting an asset-based model into practice. One approach advocated by researcher Marie Venter is based on creating “asset learner maps” for students, which identify key areas of strength upon which to build (including those outside of school, such as family relationships). The mapping process includes developing an awareness of “personal characteristics and skills” as a means of recognizing “gifts” that, once identified, can be applied to creatively handle problems.

Further, David Fink, a self-described “activist” for students with learning disabilities, noted that the asset model could be expanded to apply to students of all ability levels, regardless of their families' income status. For example, Fink suggested that students who particularly struggle with reading should be encouraged to “conduct interviews, watch educational videos, or listen to audiobooks” as a way to gather information. Ultimately, classrooms and instruction should be designed with enough flexibility to invite students into not only a particular lesson, but also a model of sustained success.

WHAT DO YOU THINK?

Does your school or district use an asset-based approach? What results have you seen? Connect with us on Twitter, Facebook, and LinkedIn and let us know your thoughts and experiences on this topic! 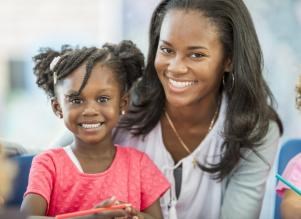 Quiz Yourself: How much do you know about teaching literacy to students who are reading to learn vs. learning to read?

Quiz Yourself: How much do you know about teaching literacy to students who are reading to learn vs. learning to read? Integrate science of reading instructional strategies into your regular curriculum for developing readers in upper elementary and middle school.

A Promising Future for Emergent Bilinguals

Most of the research in the science of reading focuses on native English speakers. What does the research tell us about students learning to read and speak English simultaneously, and how can that information benefit Emergent Bilinguals in the classroom?