What is an emerging bilingual and why does this new label matter?

Schools and districts commonly use the terms “EL” or “ELL” when describing English (language) learners in the United States. While this terminology is widely accepted and understood, it fails to highlight one of the most important aspects of students learning English in schools: They are becoming bilingual. In fact, some students who speak a language other than English at home already speak two or three different languages by the time they learn English in school.

Why does the label matter?

Bilingualism is a benefit, as students who can speak more than one language have demonstrated advantages in awareness of language, communication skills, memory, decision-making, and analytical skills. In addition to being bilingual, they are bicultural, which involves developing empathy through an awareness and respect for other cultures and customs. To honor the benefits of bilingualism—and, in many cases, multilingualism—it is important to choose terminology that does not follow a deficit model. Words matter, and with this in mind, we should focus on what bilingual students bring to the table rather than what they are lacking.

What are the literacy instructional needs of emerging bilinguals?

Dr. Elizabeth’s Brooke’s white paper on how to support literacy development for students learning English highlighted six general instructional strategies, including exposure to various texts, integration of academic language, and explicit instruction in phonics and phonemic awareness. However, best practices like these are a way to promote equitable literacy instruction for all students, and as emerging bilinguals are a diverse group with unique instructional needs, instructional support and scaffolding should be personalized and adaptive.

As emerging bilinguals come to the classroom with varying degrees of proficiency in oral language and literacy in both their native language and English, the following subgroups are by no means comprehensive; that said, they do highlight three common categories for emerging bilinguals that call for targeted instructional strategies and resources to support literacy in English.

How can educators support emerging bilinguals based on their level of oral language proficiency and literacy foundation? Let’s take a closer look at examples of each of the three learner profiles: Rodrigo, Zhang, and Mariam. It’s important to note that, in each case, students’ progress in English can be bolstered at home by opportunities to build their oral language and literacy skills in their native language.

Background: Rodrigo and his family came to the United States from Guatemala when he was six years old. His parents speak Spanish at home and he does not regularly hear English being spoken in his community. His parents completed some primary school in their home country but are not able to read in their native Spanish. He is now in second grade and, while he is able to effectively speak and understand Spanish, he has not yet developed foundational literacy skills in English or Spanish.

Support for Rodrigo: Rodrigo would benefit from explicit instruction in phonics and phonemic awareness in order to build foundational literacy skills. Educators should provide a personalized, systematic approach to reading instruction that combines scaffolding and direct instruction while offering opportunities to build background knowledge. Rodrigo can then build on his solid foundation in oral language and learn to decode and comprehend texts.

Background: Zhang was born in the United States and is entering kindergarten this year. His parents are learning English and only speak Mandarin at home. They were both educators in China and exposed him to a variety of texts from a young age. Over the past year, Zhang has become more comfortable reading in Mandarin. He is also able to understand English since he attended an English preschool and made friends with English-speaking children. He is not yet able to read or write in English and struggles with oral language in both English and Mandarin.

Support for Zhang: Zhang would benefit from targeted instruction and support that allows him to develop phonological awareness and phonics skills that are integrated with oral language development. Educators could leverage picture-based activities to build concrete and abstract academic vocabulary and expose Zhang to oral and written language. Zhang could also benefit from increased opportunities to participate in dialogue with his peers using language frames; language frames, also referred to as sentence frames, provide scaffolding and support for the formation of oral and written sentences. For example, imagine that students are asked to discuss the central problem within a story. A full-sentence response would be: The problem is that the house is too small; a response with language frames would be: The problem is that the ______ is too ______. With the help of language frames, Zhang can then build a simple sentence using nouns, adjectives, and context from the story.

Background: Mariam was born in Mali and grew up speaking French at home and at school. When she turned 12, she moved to the U.S. with her parents and was enrolled in the seventh grade. She is able to read, write, and speak fluently in French; can understand some Arabic; but is not able to read, write, or speak in English. She is now struggling not only to read on grade level but also to comprehend content in other subject areas, such as math and social studies.

Support for Mariam: Because of Mariam’s literacy and language foundation in her native language, she may quickly be able to decode in English. She will benefit from instruction that allows her to understand what she’s reading and to unpack relevant vocabulary words. In order for Mariam to catch up to her peers and feel confident reading and understanding academic content in English, she will require a combination of targeted instruction and assessment in word recognition, academic language, grammar, and comprehension. To start, she could benefit from direct instruction to help with visualizing, monitoring for meaning, and short phrases and sentences associated with vocabulary from her content-area classes.

Just like their peers who speak English as their native language, emerging bilinguals represent a diverse population of students who require differentiation and scaffolding. They come from a variety of language and literacy backgrounds and benefit from opportunities to build background knowledge and receive targeted instruction. It is also vital that these students continue to build on the foundation they have developed in their native language.

In general, best practices to support emerging bilinguals reflect best practices in building an equitable learning environment. All students benefit from an instructional approach that involves opportunities to build background knowledge, integrate academic language, communicate orally with peers, and interact with a variety of texts. With the right instructional support, emerging bilinguals like Rodrigo, Zhang, and Mariam can become successful readers of English and confident learners in all subject areas. 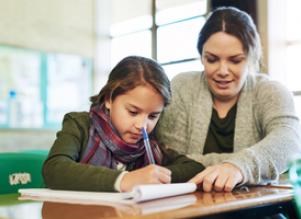