An athlete who wins an Olympic medal.
A cadet who passes basic training.
A student who earns a high GPA.

What do these people have in common?

Talent or intelligence may have been the first answers to come to mind, but there’s another less conspicuous factor that runs strong in these individuals: grit.

Grit is “the sustained perseverance and passion for long-term goals,” according to Dr. Angela Lee Duckworth, a researcher studying achievement at the University of Pennsylvania who won a MacArthur “Genius Grant” in 2013.

Grit is not a new concept; we’ve known for decades that talent or intelligence alone does not automatically translate to high achievement. In the 1920s, Stanford graduate student Catharine Cox read the biographies of 300 famous geniuses—including Wolfgang Amadeus Mozart, Leonardo da Vinci, and Charles Darwin—and determined that certain qualities differentiated those who accomplished enough to change the world: the tendency not to abandon tasks for novelty and the tendency not to abandon tasks in the face of obstacles. In other words, even the world’s most renowned geniuses had to consistently work toward their goals and overcome adversity in order to accomplish great things.

As researchers continue to study grit in the 21st century, we’re gaining an understanding of just how significant grit may be in terms of achievement—potentially equal to or even more significant than talent or intelligence. According to Duckworth, grit is the most accurate predictor of whether cadets will finish basic training at West Point—more so than SAT, GPA, extracurricular activities, and physical aptitude combined.

Duckworth notes that a common misconception about grit involves emphasizing resilience while overlooking the need to nurture consistent passion over the long term. In reality, grit involves both. People are gritty both when they choose to devote their time and effort to a pursuit and when they overcome obstacles to do so.

Given grit’s potential power to shape young people’s lives, educators are understandably interested in learning how to help students develop this characteristic. Schools across the country, including the KIPP public-charter school network, are creating curricula and implementing programs to help students become grittier.

A focus on character has been a cornerstone of KIPP since its inception, and still composes the essence of its beliefs: To succeed in college and the world beyond, KIPPsters need both a strong academic foundation and well-developed character strengths. KIPP’s character work focuses on the seven strengths—including grit—that are critical for an engaged, happy, and successful life, and was developed in collaboration with Duckworth and others. These strengths are:

As more research is published, educators will continue to refine how they address grit in the classroom. Below are just a few examples of things you can do to help your students develop the perseverance and passion they need to achieve long-term goals.

If you would like to learn more about grit, watch Angela Lee Duckworth’s TEDx talk or take her grit test. 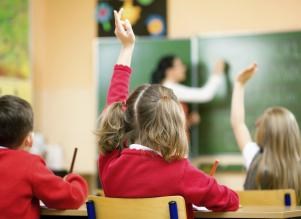 5 Self-Care Books for Educators to Read Over Winter Break

Four Bright Spots for Education in an Uncertain Year: Lexia’s 2021 in Review