4 Things to Consider When Reaching for Grit, Growth Mindset

You can’t go far without stumbling across an article about the importance of having and instilling a growth mindset or its now-frequent companion, grit. Although the idea of a growth mindset—an understanding that effort and persistence count for a lot—was initially applied within education circles, it has since spread into other realms thanks largely to the work of Stanford University researcher Carol Dweck. For instance, many business-minded websites now offer advice on how to help oneself or one’s employees embrace a “culture of continuous improvement,” rather than maintain a fixed reliance on assumed strengths and weaknesses.

Grit, too, has recently enjoyed a moment in the sun as part of a revived focus on character development and “non-cognitive” skills. As the thinking goes, people with determination, motivation, and persistence—all attributed to the concept of “grit”—are more successful. So, what can schools and businesses do to foster such skills? Before leaping too far into the grit-and-growth-mindset camp, it may be worth taking a closer look at some of the common misconceptions surrounding these attributes.

People often think of a growth mindset as a somewhat vague end-product, rather than a conceptual work in progress. But being “open and flexible” or having “high expectations” is not actually what a growth mindset is all about, cautioned Eduardo Briceno, a close associate of Dweck. Instead, it is a “belief that qualities can change and that we can develop our intelligence and abilities,” Briceno wrote in a 2015 post on the MindShift blog. In Briceno's experience, this belief is key to the growth mindset because it “leads people to take on challenges” and dig deeper when confronted with stumbling blocks—all of which underlies a successful grasp of Dweck’s work.

Many people have whittled down grit and the growth mindset to a simple concept: Praise matters. Praise, positive reinforcement, and an emphasis on effort over innate gifts are aspects that have come to represent best practices around the growth mindset in particular, but not without pushback from Dweck and others. Writing in Salon, noted progressive education proponent Alfie Kohn argued that “praising students for their effort carries problems of its own,” and may send the message that students are not very capable. Similarly, Dweck separated the gooey use of praise to boost self-esteem from an actual growth mindset approach that involves teaching kids how to learn through specific strategies. As Dweck wrote in a 2015 Education Week piece, it is important to “tell the truth” about a student's skill level, and to proactively work on meeting goals. Praise by itself is not enough.

Although Angela Duckworth’s 2007 book on the importance of grit, passion, and persistence initially yielded an enthusiastic response that pushed it into the bestseller category, many people have since challenged the idea that grit is always a glorious attribute. A review of Duckworth’s work noted that the word often “brings to mind the unpleasantness of effort,” which doesn't exactly engender enthusiasm for hard work. Moreover, the popularity of the concept has even led to some schools setting up such things as “Grit Week” to push students to do their best on standardized tests or homework assignments, an action that Duckworth contended is off the mark.

The growth mindset has become a must-have in classrooms around the world, but is it being correctly implemented and understood? While visiting schools in Australia where an “outbreak of false growth mindset” had been discovered, Dweck was dismayed to see that adopting a loosely defined, effort-over-ability approach had become a requirement for teachers. She found that the choice had come down to one of identity: Are you an enlightened, growth mindset-focused person, or are you stodgy and backward? Dweck countered, “The path to a growth mindset is a journey, not a proclamation,” and requires continuous reflection and reevaluation, as well as an awareness of our own fixed-mindset habits.

In the rush to find and implement new silver-bullet ideas in education, concepts such as renewed emphasis on character or embracing growth over fixed thinking can certainly be appealing. However, Dweck, Kohn, and others caution those who would jump in feet first to stop and think more deeply about how to best set up students and their teachers for success. 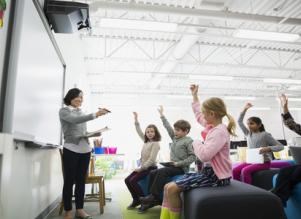